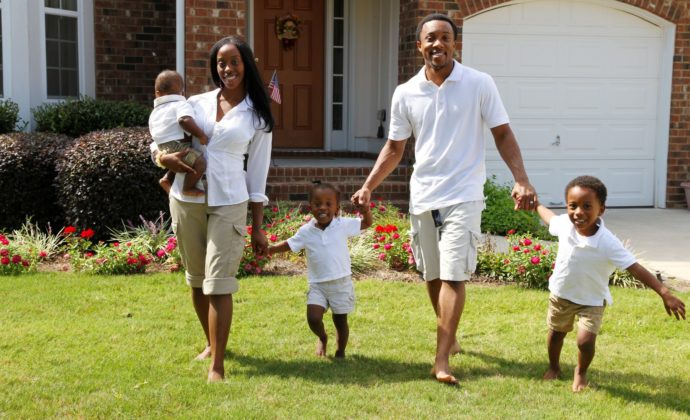 Affordable Housing, Is It Really Affordable?

Finding affordable housing in the Bay Area can be a challenge, especially because when people say the term “affordable housing” it brings on different meanings to different populations of people. Housing is considered affordable, and the rule of thumb, is when a household spends no more than approximately 30% of its income on housing. In many cities, this breakdown constitutes a reasonable expectation of housing costs. However, in some of the largest and more expensive cities across the country, the cost of housing increase outpace the cost of living raises annually, which has continually happened in the Bay Area. Let’s break down the affordability of living in the Bay Area where households that bring in six figures can now be considered low income.

HOUSEHOLD INCOMES IN THE BAY AREA

With the drastic increase in socio economic inequality in the Bay Area, largely due to the desirability of the Bay Area and the tech industry’s boom causing unprecedented innovation and wealth, there is an alarming housing crisis that has resulted. This rise in socio-economic inequality has disproportionately impacted people of color. For instance, according to SFGate, the San Francisco median income for white households grew from $98,961 to $106,919 in 2016. Asian households, which earned more than white households in 2015, slipped to second place, increasing to $105,295 from $100,256. However, the median income for black households inched up by $960 to $46,571 in 2016. Hispanic and Latino households’ median income grew from $61,875 to $70,290. This racial trend in the Bay Area cannot be ignored and negatively impacts people of color’s ability to live, work and thrive in the Bay Area, the place they call home.

Both African American and Hispanic households have the highest levels of poverty that falls into the “low income” category. How does this impact the affordability of living in the Bay Area? The ability to find affordable housing not only impacts where people live, but how they live. Household income, which is the combined gross income of everyone in your household, including salaries, retirement, income from assets, etc., is used to determine a family’s ability to live in “affordable” housing. With the rise of housing costs, the inventory of affordable housing becomes limited. That’s why CHDC is focusing on innovation to offer a range of affordable housing solutions and provide housing that is priced so that these households are also able to meet other basic living costs such as food, clothing, transportation, medical care and education. We also see that housing that is lower in cost often times are located in areas which tend to have weaker schools, more crime and bigger social problems as well, which creates a disadvantage for the families in those neighborhoods. The disparity is greater than housing and income levels, and it must be addressed as a community and throughout the Bay Area.

Although interest rates and mortgage payments for many buyers are still lower than they were in 2007 before the real estate bubble burst, in the Bay Area, the cost is still very high. According to CoreLogic, the median price paid for a Bay Area home rose to $712,000 last June, which covers new and existing homes and condos in the nine-county Bay Area. And the typical mortgage payment that Bay Area home buyers committed to was more than $2,600, or $31,200 a year. With low income limits being $80,400 in Alameda and Contra Costa counties, and the general rule of thumb that you should allot 30% of your income to housing ($24,120), purchasing a home is often unaffordable for lower income families.

The cost of renting is dismal as well. According to a 2016 fair-market rent data from the U.S. Department of Housing and Urban Development and wage data from the U.S. Bureau of Labor Statistics, even with the increasing costs of rent in the Bay Area, only in Contra Costa County are homes relatively affordable, versus rent. According to ApartmentList.com, the median monthly cost of a two-bedroom apartment was $2,550 in San Jose by the end of 2016, and $4,550 in San Francisco. In the East Bay 2 bedrooms range from $1,900 to almost $3,000. When you overlay the high cost of rent, and of purchasing a home, with the average income, it’s hard to conclude that living in the Bay Area is affordable for many. It’s a harsh reality.

The good news is, across the Bay Area there are various organizations that are working to offer programs and initiatives designed to help those in need. Affordable housing options are being funded from the private, public and non-profit sectors and we need more companies and organizations to help find the right solutions. The result? Working together we will create vibrant communities throughout the Bay Area.

To keep up to date on information about affordable housing, senior housing and community engagement, follow CHDC on Facebook.